This year, as the nation’s economy plummeted into a downward spiral, thrift stores’ popularity skyrocketed.  According to The National Association of Resale and Thrift Stores, www.Narts.org, their business grows at least five percent every year.  Second hand stores usually get stereotyped as unworthy for North Raleigh’s upper middle class and only a place for the homeless to shop.  However, this is not always the case.

Many of the most spirited of our school shop at the local Goodwill for silly outfits for Grill Team and Spirit week, or even for an original and cheap Halloween costume. However, most of the students at Leesville would probably cringe at the thought of buying everyday clothes from a thrift store.

“I wouldn’t even buy a costume from there; no one could pay me to wear clothes from Goodwill,” said Samantha Ball, freshman. “It is disgusting to wear clothes that someone else has worn.”

Kiana Robinson, sophomore, had a similar outlook on buying clothing second hand. “I wouldn’t shop at a thrift store because they are not very classy and probably not sanitary,” said Robinson.  “If I ever walked into Goodwill, I would probably get a little scared that someone in there might steal something off my body.”

I am sure that many who attend Leesville share the same view as these two girls, but most are not quite as vocal.  Others choose to rise above the typical attire of Leesville’s elite with shopping at thrift stores like American Way and The Salvation Army.

“You can find really great stuff at second hand shops,” said Savannah Gregory, junior. Gregory has a very distinct style, one that is unusual and most definitely anti-Abercrombie; she says she owes this to thrift stores. “It’s a great way to find what you need and not spend a ton of money.”

Gregory has found an abundance of clothes at second hand shops around Raleigh.  “Growing up, my family didn’t have a lot of money, so Goodwill was always an option for us,” said Gregory. “Plus, if I had gone to a retail store and bought all of my stuff, it would’ve been very expensive, and it’s just not worth it.”

Sara Myers, senior, has the same opinion as Gregory on thrift stores. “I love going downtown and trying to find really good thrift stores. You just have to have the time to dig through things.  I bought my sophomore prom dress at Goodwill, it was from Cache’ and it’s one of my favorite dresses that I’ve worn.”

Myers’ dress is the perfect instance of shopping second hand without sacrificing your personal style.  After I spoke with Sara, I went back to Robinson and Ball to show them a picture of Sara on prom in her Goodwill dress.

“I would have bought that dress if I had seen it at Goodwill,” said Robinson. “I guess if I ever went to a thrift store, I would probably just have to look around for a really long time.”

Samantha Ball did not have a change of heart like Robinson.“It’s a cute dress, but I still wouldn’t buy it if it was from Goodwill. If I saw it at Cache’, then I would buy it,” said Ball. “Just ‘cause I don’t like to be the second person wearing something.”

Whether you scream at the thought of second hand clothing or enjoy rummaging through the local Goodwill, thrift store shopping is something that should not be ruled out since you can still be fashionable while not spending a fortune. 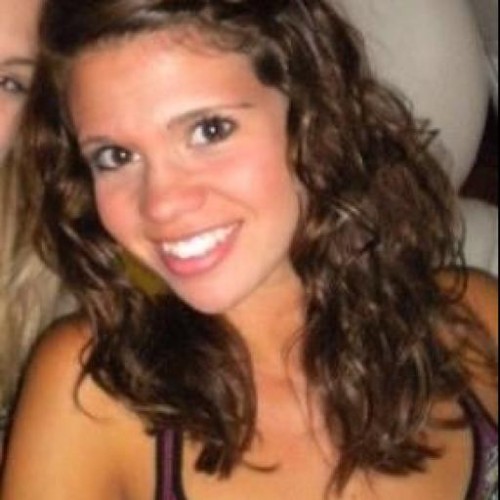