There is a secret club expertly hidden within the walls of Leesville Road High School. Started in 2006, this club is extremely exclusive, and its members are few and far between. They know things no one else knows and have been a part of this secret society since the age of six. They are the Leesville-For-Lifers.

Many seniors at LRHS have attended a Leesville institution since their baby-teeth days. They are part of a legacy that starts in first grade and lasts until they graduate and even beyond. Only a handful of students in each Leesville graduating class can claim the title of Leesville-For-Lifer. It is a process that includes surviving recess cliques, puberty and first kisses. Members of the LFL can recall one another’s characteristics at age 6, 12 and 18, from embarrassing lisps to goofy braces to first cars.

Parents embrace the community they and their child create throughout the student’s childhood. Ilona Johnson, mother of LFL Brooke Johnson, cites “a sense of loyalty to the community” and a “comfortable community feeling” around Leesville. “[Brooke] will always feel like ‘this is home’,” she said.

LFLs have an unspoken agreement that recalling memories of awkward pre- and post-pubescent moments is strictly prohibited. This

unspoken solidarity is perhaps the reason the Lifers present such a united front: They all know each other’s dirty little secrets. This volatile information is the glue that keeps the affiliation intact.

Jane Lee enjoys the “consistency” she has had the past twelve years as a Lifer. “I didn’t have to completely readjust to my surroundings, and I didn’t have to worry that I wouldn’t know someone at school,” she said.

However, many smaller adjustments came in the form of cliques breaking up and coming together over time. “I’ve noticed that many people have drifted from clique to clique over the years,” said Lee, “but those who stayed true to their core group of friends have had a very gratifying school experience.”

Kelsey Weiss enjoys being a Leesville-For-Lifer for similar reasons. “I’m not one who fares well with change. Becoming an important part of a school so big gives me an easy sense of belonging,” she said.

This sense of belonging means also belonging to a group of people you may not necessarily like, Weiss explained. “Sometimes it becomes impossible to rid yourself of things or people who you aren’t particularly fond of,” she said.

Lee cites the same annoyance as the single drawback of being an LFL. “I was stuck in my comfort zone of the same people and surroundings, and I would often wish for change of scenery,” she explained. However, both agree that the benefits greatly outweigh the drawbacks.

Christina Fraiwat, however, does not see any drawbacks to being a LFL. “It’s awesome to grow up through the years with everyone,” she said. “It’s so weird seeing someone I used to play with in preschool and elementary school driving and they’re all grown up now, just like me. Where else can you get that feeling?”

Every Lifer celebrates the community they have made for themselves. Brooke Johnson feels a special sense of responsibility for her actions because news travels fast within the Leesville institution. “It makes me more nervous to screw up in school,” she said, “like suspension or something. Gossip travels quickly to the elementary schools and many of my elementary teachers still work there.”

Friendships are easily made and kept when the same people stick with you from year to year, every year. “I’ve noticed that as we grew up, barriers between cliques broke down and everyone became acquaintances with one another because we all had Leesville in common,” said Lee.

Everyone was very clear on one aspect of being a Leesville-For-Lifer:

“If given the opportunity, I would do it all the exact same, in a heartbeat,” said Weiss. 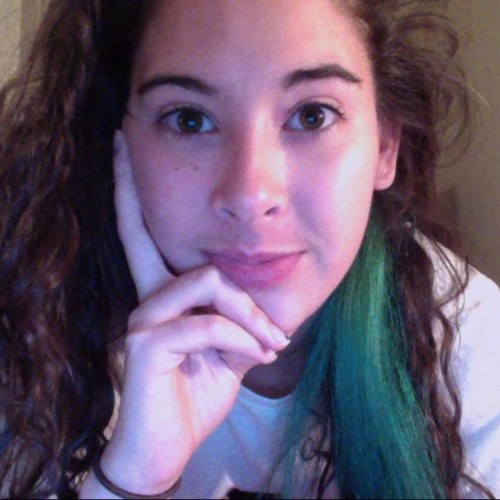